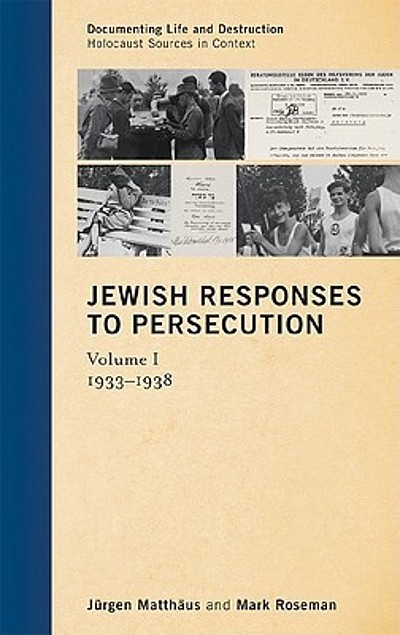 the Einsatzgruppen in Poland

This invaluable work traces the role of the Einsatzgruppen of the Security Police and SD, the core group of Himmler's murder units involved in the "Final Solution of the Jewish Question," during and immediately after the German campaign in Poland in 1939. In addition to relevant Einsatzgruppen reports, the book includes key documents from other sources, especially eyewitness accounts from victims or onlookers. Such accounts provide an alternative, often much more realistic, perspective on the nature and consequences of the actions previously known only through documentation generated by the perpetrators. With carefully selected primary sources contextualized by the authors' clear narrative, this work fills an important gap in our understanding of a crucial period in the evolution of policies directed against Jews, Poles, and others deemed dangerous or inferior by the Third Reich. Supplemented by maps and photographs, this book will be an essential reference and research tool.

This important history explains and documents an often-neglected phase of Nazi Germany's war in the east. Anyone who needs a nuanced understanding of the first phase of the Holocaust and Operation Barbarossa should first study Operation Tannenberg, which is fully explored for the first time in this fine work.
- Richard Breitman, American University

For too long, histories of the Einsatzgruppen have neglected the territories bordering the German Reich. The editors of this essential collection have made available to students and scholars of the Holocaust and the Second World War a stunning array of German documents culled from U.S., German, Polish, and former Soviet archives. Carefully translated into English and usefully annotated, the reports and testimonies in this compact volume reveal that unscrupulous Nazi leaders and their subordinates in Poland were determined to wage war, 'pacify' the region, and initiate a program of mass murder as of the fall of 1939.
- Wendy Lower, Claremont McKenna College