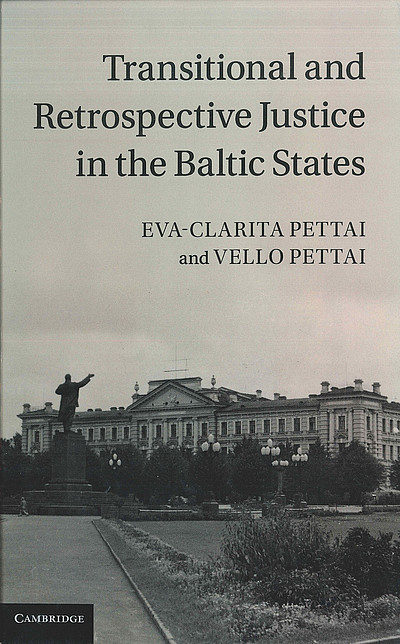 Transitional and Retrospective Justice in the Baltic States

More than twenty years after the fall of communism, many countries in Central and Eastern Europe are still seeking truth and justice for the repression suffered under communist rule. This search has been particularly notable in the Baltic states, given the three countries' histories as both former Soviet republics and later member-states of the European Union. On the one hand, the legacy of Stalinist oppression was more severe in these countries than elsewhere in Central Europe, but on the other hand much of this past could more easily be externalized onto the former Soviet Union (and by extension Russia) following re-independence. Transitional and Retrospective Justice in the Baltic States develops a novel conceptual framework in order to understand the politics involved with transitional and retrospective justice, and then applies this outline to the Baltic states to analyse more systematic patterns of truth- and justice-seeking in the post-communist world.