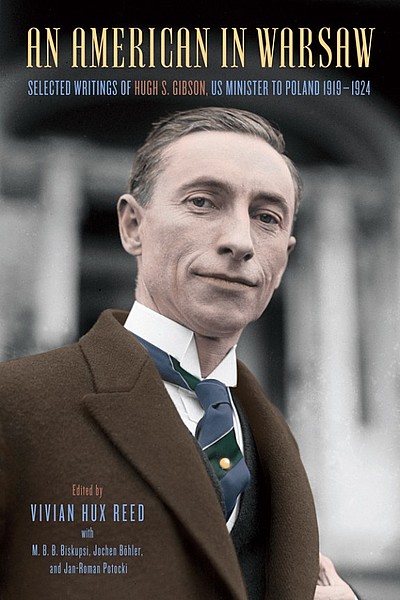 An American in Warsaw

This book presents the writings of Hugh S. Gibson, who served from 1919 to 1924 as the first US Minister to the new Second Polish Republic. Crucially involved with world-shaping events, Gibson faithfully recorded his eyewitness impressions and interactions with the nascent Polish state, bickering Allies, and increasingly isolationist Americans. The selected material draws from both State Department dispatches and personal letters, most of it appearing in print for the first time. Editor Vivian Hux Reed, working with experts M. B. B. Biskupski, Jochen Böhler, and Jan-Roman Potocki, provides historical context through a comprehensive introduction and series of annotations. Reminiscences by Gibson's late son Michael Francis Gibson provide personal context.

With a flair for pertinent analysis, Gibson records the rocky first years of Polish statehood. He advocated for American support of the young democracy and emphasized to both Polish and US government officials the need for a strong state to protect the rights of all Polish citizens. His words are prophetic, accurately assessing the need for strong state structures to protect all citizens and predicting the danger posed especially to minority groups should such structures fail.